Two weeks ago during lunch, Rafa played me a song and said: “do you know who’s singing?”, and without a doubt in my mind, I asked: “is it Robert Plant?”. Rafa looked at me, smiled and said :”no, it isn’t! It’s a new band called Greta Van Fleet!”. I was shocked, to say the least, I have never heard a voice so similar to Robert Plant’s, and the song was good too, he played the Safari Song to me. Now friends, let me tell you something…I am a total rock chick! hahaha I like other genres of music, but they are very limited and I do feel like a fish out of water in Berlin with its famous electronic scene…I absolutely hate it! hahaha don’t get me wrong, we gave it a try once, and after 20 minutes at a club, the only thing I thought was, please, let’s get out of here now! But we actually lasted 2 whole hours, enough experience for a whole lifetime if you ask me! hahahaha

END_OF_DOCUMENT_TOKEN_TO_BE_REPLACED

This week, I’m listening to a lot of Brazilian music, in my opinion its one of the best things about Brazil, and I’m not just talking about samba or bossa nova….I’m actually talking about Brazilian rock’n’roll! Yes, this may sound a little weird for you…but every time that I mention to somebody that I’m from Brazil, they say immediately: “Oh, samba!”hahaha. But what you may not know is that in the 60’s, Brazil had a great psychedelic rock/tropicália band called Novos Baianos, ok, so you may say that their music is a mix of samba rock, MPB or popular brazilian music and bossa nova…but that my friend, is the beauty of it 🙂 Odly, the Novos Baianos were from Salvador, Bahia, but back then the music scene was totally different from today, because nowadays Axé music dominates the city. But also in that time, things were totally different, at a certain point, the band, which had eleven members, lived together in a community at Vargem Grande, Rio de Janeiro, nothing more hippie than that at the time. The band broke up in 1978, due to members leaving to start their own solo careers, but they reunited many times to celebrate special events, like in 2009 for their 40th anniversary. I’m glad that this revolutionary Brazilian rock band left such a rich legacy behind.

END_OF_DOCUMENT_TOKEN_TO_BE_REPLACED

Here’s a little bit of what we did yesterday here in Berlin! The 1st of May here is a really big deal! We went to Kreuzberg, a fantastic neighbourhood here in Berlin, with our Italian friend Maurizio. There was this huge open party in the street, with different types of music and food in every corner. We arrived there around one o’clock in the afternoon, and there was already many people there, so we walked around the streets, ate something here and there, and of course appreciated the sun when he wasn’t hiding behind the clouds…ˆˆ

END_OF_DOCUMENT_TOKEN_TO_BE_REPLACED 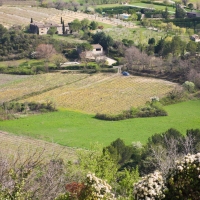